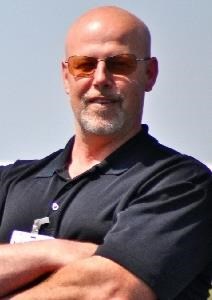 Flight school owner, instructor, advocate for general aviation, 54 Tom Fischer of Lake Hopatcong NJ was doing what he loved best-teaching the art and science of aviation-when he died in a tragic accident in Sussex County on November 11, 2021. Ten years ago, Tom opened Fischer Aviation flight school at Essex County Airport in Fairfield, N.J. with his wife of 13 years, Jodi Dornfest Fischer. Tom-who was lovingly called "Tucker" by Jodi and stepson Zachary Dornfest-taught an eclectic array of students, some as young as nine years old, how to fly airplanes.

A native of River Vale, Tom grew up around planes at Teterboro Airport, where his father and uncles operated the original Fischer Aviation, and where he had his first flight lesson at age 12. His intense work ethic, ability to teach students of all ages and levels, and his attention to safety made him a highly sought-after flight instructor. He was a Gold Seal Certificated Flight Instructor who taught hundreds of people how to fly. Some of them would go on to become certificated flight instructors themselves.

In 2009, when working for another flight school, Tom became famous after safely landing a plane in the parking lot of Rockaway Townsquare Mall. The plane had suffered engine failure, and both Tom and his student walked away without harm. When Tom wasn't instructing students, he was a passionate advocate for general aviation. He took the task of representing the aviation industry to the broader public just as seriously as he took the teaching of it to his students. After his emergency landing in the parking lot of Rockaway Townsquare Mall, he appeared on several news programs explaining how all pilots train to handle just such an occurrence.

Later, he appeared on a popular morning news show to talk about the joys of flying and how just about anyone could learn to fly. He was also the subject of a four part series in Popular Mechanics magazine where novelist Joshua Ferris described how Tom helped him to overcome his aerophobia and taught him to fly. Among his other passions, Tom was a lifelong animal lover and animal advocate who doted on the family's beloved pit bulls, Daisy and Turin; he also loved studying history.

In addition to Jodi and Zachary, Tom is survived by his mother Myrna Marshall and stepfather Jon Saxe; father Raymond Fischer and his wife, Rosemarie Lopez Fischer; sisters Aleta Fischer and Stacey Fischer, and brother Chris Fischer. A celebration of Tom's life is being planned for the spring.

"No more than 30 degrees in the pattern."

"Let's play a game: Keep the nose wheel off the runway"

"Three fingers below the horizon"

"Look before you turn... You wouldn't cross the street without looking, would you?"

"Back pressure in the turn"

"There's no pushing while landing"

"Get your thumb out of the way"

"Do you want the good news or the bad news?"